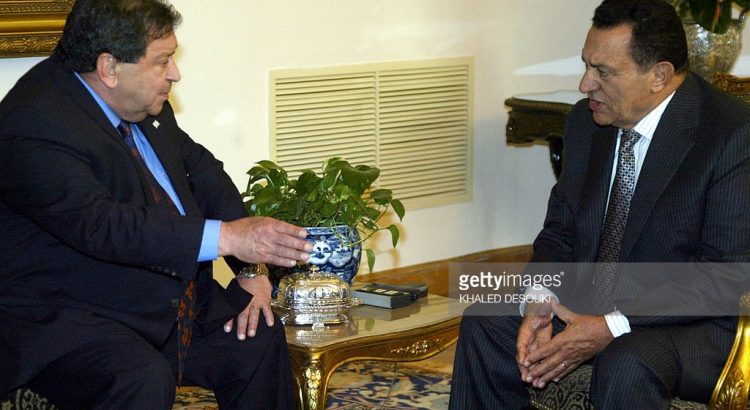 The public anger during then in Cairo forced the Egyptian People’s assembly summoned the minister of foreign affairs then Ahmed El-Ghait to investigate the matter.

The Egyptian ministry opened an investigation into the documentary vowing to take strong steps if proven the Israeli guilt. It also released the transcript of the documentary in Arabic

The statements of the videos were clear that Egyptian POWs were killed despite they were not holding any arms and they were hiding according to the transcript released by the Egyptian ministry of foreign affairs to the Egyptian media in March.

In 2008, Ahmed El-Ghait stated that the investigation was still open till Israel would finish its investigation.

It is unclear to know the fate of the Egyptian investigations into the Rush Shaked documentary but Israel already made it clear that its veterans did not commit anything wrong as usual.

The Israeli ministry of foreign issued a statement in Arabic on March 7,2007 claiming that video stated those late Egyptian military were actually fighting combatants who had a battle and “both sides had battles and victims during that war”!!

The former Israeli minister of defense was proud of his very close friendship to Egypt’s ousted dictator and convicted ex-president Mohamed Hosni Mubarak, a thing which brought to him criticism sometimes in Israeli media ironically after 2011.

Binyamin Ben-Eliezer stated in August 2011 that he and current Israeli PM Benjamin Netanyahu offered political asylum to Mubarak and his family following his ouster but he declined because “he was patriot”.

As a minister of infrastructure, Ben-Eliezer witnessed along with Mubarak in June 2005 the signing of a memorandum of understanding for supplying Israel with Egyptian national gas.

Ben-Eliezer had a very legacy when it comes to Egypt and its POWs as Lebanon and its invasion and history won’t forget that.

History will also remember how the Mubarak’s administration had an opportunity to restore back some of the rights of the Egyptian POWs but it gave it up.

It has been awhile , it has been a lot of time. Just as one would think that the case of the Egyptian POWs is fading away with all what is going in Egypt from political changes, the case returns back in the most unexpected way.

In the past two months, there has been a huge controversy about the Egyptian Saudi deal to redraw the maritime borders. According to that deal , the Egyptian government gave up Tiran and Sanafir isles in Tiran strait to Saudi Arabia.

There has been a lot of debate as you may have known. Many Egyptians as well political figures, powers and parties rejected the deal. The deal is being disputed in front of the Administrative court and it is expected to be discussed by the Egyptian House of Representatives according to Constitution.

Now as there is a huge debate currently in Egypt about whether the two Red Sea isles are Egyptians of not, people began to share maps, legal documents and testimonies on how Egyptian soldiers were stationed on those two islands and that those soldiers did not fight for a foreign territory.

On the 40th anniversary of the October 1973 war “Yom Kippur war” You will find it rare that Egyptian or Israeli media would speak about what happened to Egyptian POWs during that war. The media’s focus especially in Egypt is about the Israeli POWs and the good treatment they received .

On the other side very few sources speak about what happened during that war from crimes and violations committed by the Israeli Defense army. Group 73 Historians, a group of army veterans who chronicle independently the history of the wars against Israel revealed a horrifying incident which they named “The Thunderbolt Forces Massacre”.

The incident is based upon the testimony of former major general Magdy Shehata’s memories.

END_OF_DOCUMENT_TOKEN_TO_BE_REPLACED

Thousands of Egyptians were forced to be displaced.

END_OF_DOCUMENT_TOKEN_TO_BE_REPLACED

Al Watan Newspaper published last 5th of June 2013 a special report in Arabic about the Egyptian POWs in 1956 and in 1967.

political development marathon in Egypt yet it reminds the Egyptian and Arab readers with what happened to our POWs in both wars.

The special coverage included the testimony of 1967 veteran and former POW Ibrahim El Siyad. Ibrahim was a solider in Al Arish in the Supply and transportation branch during the six days war. After his capture near Al Arish city in his attempt to flee the city , he was transferred to Al Arish military airport where he witnessed the killing of Egyptian POWs in the airport.

“They {IDF soldiers} used to dig a pit in the sand then they ordered the Egyptian POW to sit at the pit and they shot him” MR. El Siyad stated what many had witnessed in Al Arish airport and how it turned to graveyard then.

El Siyad was transferred later to Atlit prison camp to spend there 5 months.

During his transportation he survived death , when young IDF soldiers “originally Yemeni teenagers” opened their fire in the way on the POWs. Only 3 POWs from 50-60 POWs survived including El Siyad. El Siyad was injured in his hand.

Interestingly I remember reading a similar testimony on how the POWs transferred in  trucks were shot in their head. It seems that there was some order to reduce the number of POWs using all possible ways after all !!

According to the old POW there were 5000 Egyptian POWs in Atlit prison. He mentioned about the inhuman conditions the POWs suffered from during their detention. “We were 100 in each ward, they used to lock us up in the ward from 4 PM to 8 AM without water , we used to pee in a bucket” The old POW remembered his days in the POWs prison camp adding that he did not receive a medical care for his hand injury except one month.

Mr. El Siyad is suing the IDF in front of the State Council in Egypt.

The testimony was recorded in video by the way. I wish it is translated in English.