Yesterday the world celebrated the Armistices day aka the remembrance day in several countries around the world like the UK and the States. Also in the Middle East Lebanese party and militia Hezbollah celebrated and remembered its men who were killed in action in the wars against the Israeli occupation to South Lebanon.

On this day I remember all the Egyptians who were killed and were captured during the 1956 Suez War especially in Port Said ; the great city which was nearly destroyed in the Anglo-French attack.

Also I will not ever forget those great Egyptian POWs who were slaughtered in a cold blood in Sharm Sheikh by the IDF.

May be the government has forgotten our POWs , our heroes and our veterans but some of us have not forgotten them at all.

Yesterday Egypt celebrated its national day for Mother , the mother 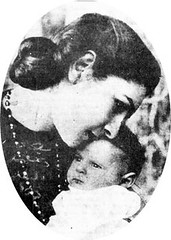 day ,that day which the minister of social solidarity decided to rename it to become “The Family day” ,well it will be forever the “Mother day”.

Anyhow I did not write anything regarding that day yesterday because I was so tired but I think I should write something now , I will not write like the same old composition topics we used to take as home works in the school whether in English or Arabic  for example Write about your mother , the importance of the mother , the mother in religion ..etc

All of us adore our mothers , no question here

But I will speak about Mothers whom I should remind you with on this occasion.

The mothers of those who were on the broad of Salam 98 who are also still waiting for justice.

The Palestinian mothers who are watching their children die on a daily basis.

The Iraqi mothers who are living in the fear that their children may not return back from where ever they are .

The Saudi mother of Fouad El-Farahan , the Saudi Blogger , who raised him to be patriot enough to dream for a better future for his country.

And of course the great Syrian mother of Tarek , the Syrian blogger , this fantastic woman raised him alone as a single mom whose husband was taken by the security forces from 20 years ago , now her only son was taken also away from her and this time because of some comment he wrote on the web .

These mothers we should remember on this occasion , even if it was late , sorry it is never too late to remember those great women , those great mothers 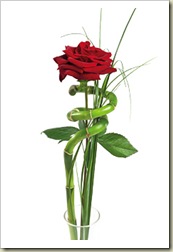 Insh Allah tomorrow the 6th of October 2007 some Egyptian People will organize a march in the streets of Cairo from 7:30 PMÂ to 9:30 PMÂ paying respect for those who died for us whether in 1967 fromÂ men who died in combat or as POWs or in 1973

It is event that had been organized for months now in the Facebook by a group of young people , the description of that event says the following:

On October 6th 2007, we will march through the streets of Cairo to pay respect to our POW s, martyrs and lost ones in the act of war, those who were sadly forgotten.

The time and place information of the event are as follows if you live in Cairo and interested whether to see or to be more active and walk for two hoursÂ  :

I will say the truth and I wish this works fine tomorrow because I know the restrictions of security nowadays , still it brings hope that some people really care to think in such a way