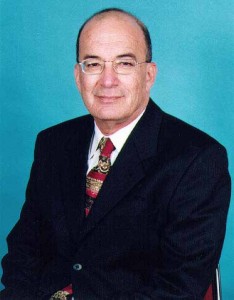 Yossi Sarid is a leftist Israeli who used to be a Knesset memberÂ  a former minister and long time member in the Merertez-Yachad leftist party in Israel. Mr Sarid said in interview with Egyptian Daily Al Ahram last year 2007 that the Israeli army executed 250 unarmed Egyptian soldiers at the end of the 1967 war describing it as a war crime. Despite he did not see the controversial documentary that openedÂ a big wound for Egyptians yet he said that he was aware that that the Israeli troops carried away out war crimes against Arab Soldiers in that War.

He mayÂ believe that it would be hard after 40 years to punish them but he was sure that history would not let them go.

Well for sure History won’t let them go with all the war crimes that they have done.

Mr.Yossi’s testimony is not the first from its kind in Israel. It is enough that those who committed the crimes in 1956 and 1967 confessed .

I do not know what the Egyptian regime needs more.

One thought to “Yossi Sarid’s testimoney about the Shakid affair”