The French army would take the second place after the IDF , already they had a long history in violence ,racism and disrespect to those who they invaded and occupied their countries , well Algeria is the best example ,the country of one million martyr ,so it is no surprise to find the coming facts From the French Ragiment Parachutiste Colonial ex-member Pierre Leulliette’s book who was immediately banned by the French government after its publication in year 1964 ,the book is available only in English as a British publishing house published it in an English translation after the French banning !!

Anyway he republished again in France under the title of “War in Algeria“. In his book “St.Michael and the Dragon: Memoirs of Paratrooper” In the following pages he mentioned very important and bitter incidents In pages “208-209” on Tuesday the 6th,the French paratroopers shoot the fishermen who were hiding from them in very cold blood ,the details are shocking I found it in the details in page “218”, there is a great incident that shows the boldness of an Egyptian POW officer who stood against the arrogance of a French officer who want to humiliate him in front of his soldier by making him clean the floor with a broom ,in summary the Egyptian officer with a dignity threw the broom in to the face of the french arrogant officer who with his captain decided to teach this Egyptian a lesson by killing him in a cold blood with submachine guns and he was buried in the sand as simple as this In another book by another author from the other co-partner Britain there are other bitter facts Julian Thompson wrote in his book “The Royal Marines from sea soldiers to special forces”

In pages “485-486” Mr Thompson mentioned the testimony of a British officer who was sent to second the French troops on Port Fouad as he can speak French ,it was LT N.F.Vox then who reported the unethical French practices Vox witnessed the French Légion étrangère way to stop riots and protests by killing 6 people who seemed to lead the riot as simple as it is , in a cold blood with no regret, he also mentioned how the British troops opened their fires on a boat in Lake Manzala , killing the two Egyptian crew members and fricked out American and soviet journalists who came to cover the war Already the foreign journalists saw bad and dangerous times in Port Said thanks to the British and French soldiers , of course this due to the feeling that they don’t want coverage to they do from crimes 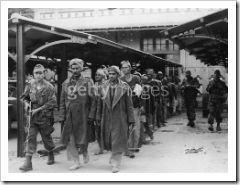 “Egyptians taken as prisoners by the french army in the 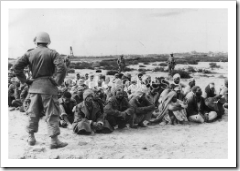 Check Paris Match’s correspondent then ,it is as horrible as what it is mentioned above but still 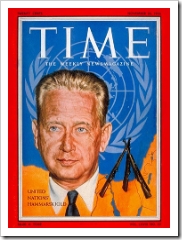